Call Us: +44 1202 203656
close
PLEASE LOGIN OR REGISTER WITH THE SITE TO CREATE YOUR WISHLIST Login Register
Home Destinations Italy Umbria

Umbria is one of the 20 Regions of Italy. Its capital is Perugia and is made up of two provinces - Perugia and Terni. Umbria has an area of 8,456 km² and about 900,000 inhabitants. Umbria is a region of Central ItalyTuscany to the west, the Marche to the east and Lazio to the south. This region is mostly hilly or mountainous. The Apennines is to the east which is the highest point in the region at the summit of Monte Vettore on the border of the Marche at 2476 m and the Tiber valley basin is the lowest point at Attigliano at 96 m. The region of Umbria was named after the Umbri tribe, who settled in the region in protohistoric times (6th century BC) and is the legendary date of foundation of the town of Terni.

Umbria is known as the 'Green Heart of Italy, famous for its wealth of medieval settlements. You will be memorised on almost every hilltop, ancient walls encircle medieval villages - many of them rarely visited that you often feel you are making your own unique discovery. Breathe a landscape of undulating hills swathed with silvery-green olive groves and outlined with cypresses which dip into valleys chequer-boarded with green vineyards and fields of golden sunflowers.

Umbria is an ideal region to move around in centre Italy, to reach magnificent places, and visit the main sights of "Beautiful Italy". Perugia is known as the cosmopolitan capital of Umbria and has a fascinating and ancient centre, with one of the most impressive medieval palazzos in Italy. Captivating Todi perches dramatically atop its rocky site, whilst outside its medieval walls lies one of Italy's most perfectly executed Renaissance churches, a site worth visiting!

Orvieto is famous for its dry white wine which is produced on the lands made fertile by the volcanic outpourings of tufa, upon an outcrop of which the stunning, medieval town of the same name stands. Orvieto is also famous for its breathtaking Gothic cathedral - a trip to the Anello di Monte Tigno will be a pleasurable excursion to visitors of all ages. Gubbio is home to the superb Palazzo dei Consoli, another popular day out for all oozing medieval charm. Spoleto is an enchanting town with antique origins told from the Roman stones of its walls and boasts a summer arts festival called Two Worlds which is held in June & July, an international arts festival which has overtaken all others in Italy for innovation & importance. Assisi tells its tales from its steep and winding backstreets of the pilgrim's destination, in the fortress high above the town and the soft pink stone resonates. Here, you can also experience the haunting power & dignity of the fabulously frescoed cathedral of St Francis, patron saint of Italy.

Given that Umbria is a rural region, its cuisine reflects this with uncomplicated, flavoursome dishes made from fresh, local ingredients. High quality, local produces include fresh fruit and vegetables, olive oil, pork products and tender beefsteaks, whilst the rivers supply trout, pike, tench, mullet and perch. Black truffles, lentils and mountain cheese come from Valnerina and white truffles from the Upper Tevere valley and Eugubino Gualdese. The countryside is covered with vineyards which produce fragrant wine to complement the healthy and mouth-watering food.

Umbria, despite its many visitors every year, has remained one of the most traditional regions of Italy, keeping its medieval treasures locked away. A deep rooted attachment to the native earth indulges the region with a serenity that even a temporary visitor can find both relaxing and completely irresistible. Enriched with walking trails, Umbria is just as wealthy in flowers and wildlife as it is history and stories. Minimise Location Map
Read More
close
VIEW ACCOMMODATION 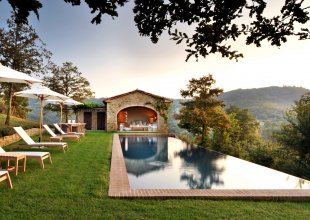 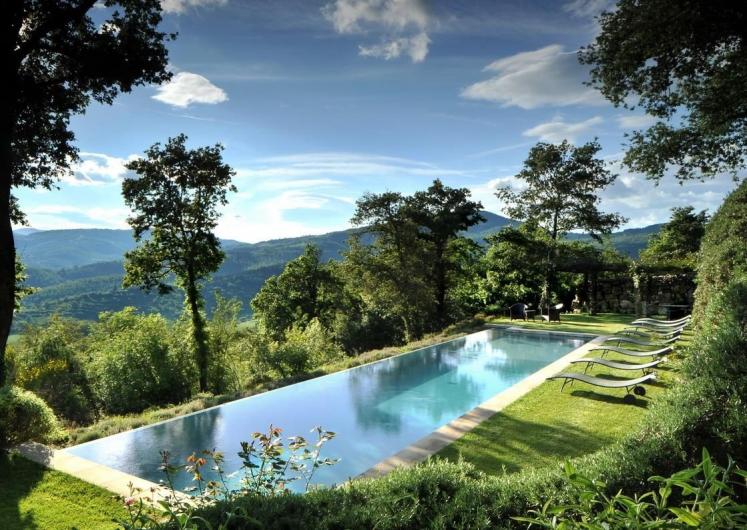