Phuket lies on the fringe of the Andaman sea waters, off the west coast of Southern Thailand, approximately 890km from Bangkok. Phuket’s name derived from the word bukit in Malay which means mountain or hill, as this is what the island appears like from a distance. This is Thailand's largest island at 550sq km, roughly the same size as Singapore, and is surrounded by many smaller islands that add a further 70 sq km to its total land area. Phuket is separated from the mainland by the Chong Pak Phra channel at its northernmost point, where a causeway connects the island to the mainland.

Phuket is blessed with glorious coves and bays, palm-fringed white beaches, sparkling island-dotted seas and genuinely hospitable people, not the mention the luxurious villas and spa hotels some within exclusive resorts and some offering complete privacy and seclusion. It’s no wonder Phuket is a sought after destination for a fabulous holiday with relaxation as well as an endless list of activities and day trips.

The most beautiful beaches are found on the West coast, separated by rocky coves and headlands, the North West is the quietest and most unspoilt. The east coast comprises limestone shoals with only a few sandy beaches while spectacular limestone islands adorn the horizon. Coral gardens full of exotic marine life dot the emerald waters surrounding the island making a perfect opportunity to snorkel or dive, or alternatively take a submarine to discover the colourful marine live. The most famous beaches are Patong, Kata, Karon, Kamala and Nai Harn Beach which are ideal for relaxing, swimming, sailing, diving & snorkelling, golfing and all kinds of sports & entertainment.

Phuket is quite mountainous. There are a couple peaks above 500m, the highest being Mai Tao Sipsong at 529m, many of these are covered in lush jungle. The lowlands consist of rice paddies, plantations of rubber, pineapple and coconut as well as the only significant area of rainforest remaining on the island, Khao Phra Thaeo Park which is now protected.

The administrative centre of Phuket is bustling, offering a lot to see and do as well as plenty of shopping opportunities! Phuket City provides an exciting mix of old and new, simple and sophisticated, peaceful and pulsating. Early morning you will see the stoic monks in the streets on their daily alms round and the fresh market buzzes with restaurant owners buying ingredients for the day's meals. After the lively markets and shops have closed, evenings can be spent at a restaurant, disco or a quiet bar. From the gleaming shopping centres to century-old shop houses, small noodle shops to up scale restaurants, cheap massage parlours to trendy spas, the city has something for every taste and every budget.

Fresh seafood, spicy curries and tropical fruits are the natural specialities of Phuket, though you will find menus sufficiently varied to cater to all tastes. International favourites as well as spicy Thai dishes are available.
Read More View Location Map
close
VIEW ACCOMMODATION 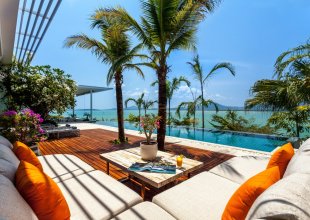 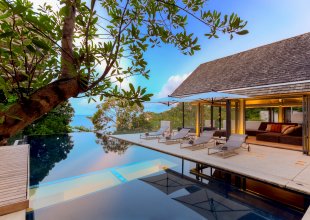 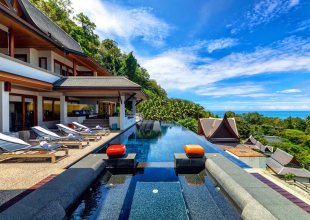